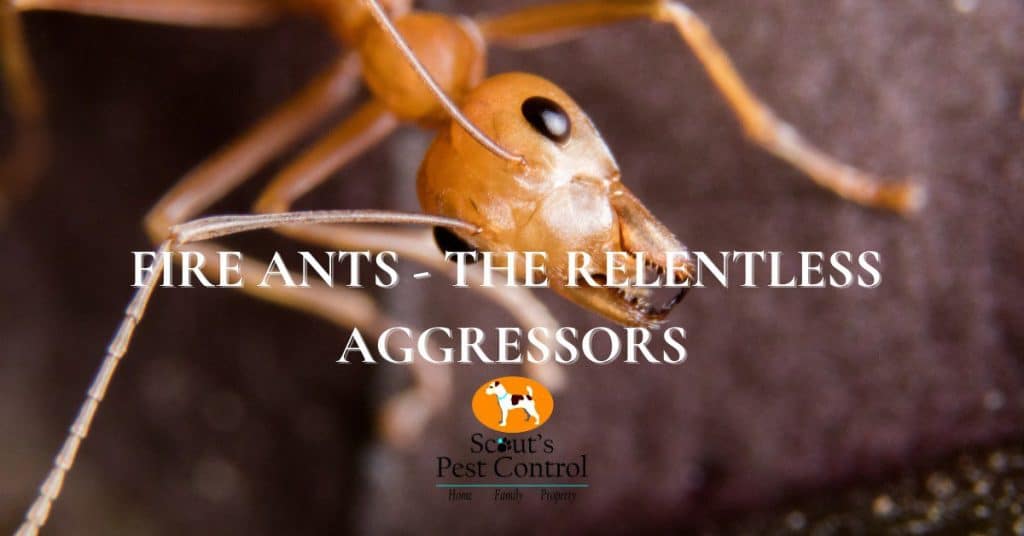 Hate Fire Ants? So do we, and during the summer months, these are one of the Ant species that we fear the most. Yes of course, there’s the Carpenter Ant that causes a tremendous amount of damage, but the Fire Ant is one that sends shivers up your spine. The name itself shoots a pain of fear inside you and is a truly fitting distinction. However, there are myths surrounding fire ants and here we are busting them.

We have heard it all before about how to control fire ants using home methodologies and old wives tales. The problem is these old tales do not take into consideration the Intelligence and the behavior of the colonies. Let’s bust some myths!

BUSTED: This suggests that if you use uncooked grits that it will be eaten by the ants and will swell and kill them. This is not true as these ants do not eat solid food. It has been proven that grits have no effect or rice on the ants at all.

BUSTED: Yes, boiling water can kill ants but really on a surface level.The reality is that you would have to get the right amount to kill the colony and one colony already means more colonies are nearby. This is another myth that boiling water will kill a whole colony. Remember that Fire Ants will also cling to one another and float on water. Boiling water does not stay at that temperature and will cool quickly, so the chances of killing off a colony with only water is slim to none.

BUSTED: Mixing Ant colonies will not kill them off. Worker ants may attack one another but the only way to kill the colony is to destroy the queens and that will not happen with mixed colonies. Queens will still exist and will continue to develop the colony. When there is a mixed colony, they will just split and start a new one. A queen only needs about a dozen workers to start a new colony.

4. Baking Soda, Vinegar, molasses and even plaster of Paris

BUSTED: This has also been proven to have no effect whatsoever.

BUSTED: This is probably the most widely known about and people swear by it thinking the carbon dioxide will kill the colony. This has no effect and the amount of CO2 In a soda bottle is not concentrated enough to have any effect on the colony.

BUSTED: Some folks will say that laying down an essential oil like lemon or lemon peels will get rid of ants — seriously! All this will do is make the ants find another entry point even if they are repelled temporarily by the odor.

BUSTED: Keep this one for cooking folks, the smell only stays so long and like the lemon myth, the workers will go around another way.

BUSTED: Another tale says that if you draw a line of chalk, you will keep the ants away because they will not cross the chalk. This claim is laughable, at best you will stop the scent trail they follow temporarily. They will go around.

Your Children Are More Susceptible

Kids love to play outside, and let’s face it, we want to get them out of the house and playing in the yard. However, Fire Ants, can pose a serious threat to children, not only because of their bites and stings, but because of the aggressive nature of Fire Ant colonies. Your child could be innocently playing in the yard and come across a colony and before you know it, they are being attacked all over. These ants will attack with intelligence and are ferocious. In a short time, you can have hundreds of ants all over your child biting and stinging at the same time.

A child’s system is young and still in development and may not be as strong as an adult. The child could go into shock and would need immediate medical attention.

Ants are amazingly intelligent, and as a colony, they work together in cooperation like a well oiled machine — exactly like a military unit that has been working together for years. They will bridge together and when they are provoked they will attack on mas and will relentlessly sting and bite to protect their nests and queens.

The queens are multiple in a colony, and a queen will lay an average of about 800 eggs per day. These eggs hatch within 7-10 days which can give you an idea on how quick multiple colonies can develop. The average colony can contain 100,000 – 500,000 workers. Now put that math to work for you. Imagine how many colonies could be developing in your yard or could be a potential risk to your children.

Venom and Bites From Fire Ants

Do not mess around near fire ants nests and call a pest professional to deal with the infestation.

Fire ants will bite and sting, and especially when they are provoked or their mound is distressed. They will all attack at once and will sting and bite the aggressor or innocent victim continually causing immense pain. The venom is an Alkaloid venom, which is what irritates the skin after the sting, and as you will see below creates skin abnormalities due to the venom.

Painful bites will leave a white pustule on the skin, and because the fire ants’ venom can give a person blisters — especially if the individual is sensitive to the venom. Approximately one percent of the US population has a hypersensitivity to the venom, it makes the stings of the Fire Ant something to take very seriously. It is highly possible that a hyper sensitive person could also experience an episode of anaphylactic shock and potentially die due to the reactions of multiple Fire Ant stings. However, most of us will only experience symptoms like nausea and excessive sweating.

Just because you see a mound, that does not mean that’s the only infestation. For every one mound, there are several others in development. Kenny Sicilian

The typical individual mounds of insects are built on any soil, but species of fire ants usually prefer sunny areas or buildings. Fire ant mounds are rarely larger than eighteen inches in diameter, and the ants will forage up to 100 yards (ca. 91 m) away from the mound. A single queen can support a colony of up to 400,000 ants. However, an important point to note is that when the nest is disturbed, fire ants emerge aggressively, crawl up vertical surfaces, and sting all at once.

Unlike other ant mounds, fire ant mounds do not have an entry point at the center. The ant workers enter their colonies through the tunnels which they have also built. You can find around a hundred thousand worker fire ants that are most active during summer at any one time.

Many people are keen gardeners and the great south is teemed with stunning aesthetically beautiful gardens. However, those who love to get in and among the flora and fauna are particularly at risk from the foraging worker ants. When Fire Ants invade, it will be challenging for gardeners and even farmers who may have crops to work with the plants in the garden or to pick crops. It can make one susceptible to fire ant attacks due to this often unseen enemy.

Preventing fire ants can be stressful and daunting. As a homeowner, you should do preventive treatments before ants invade your homes and cause extensive damage to your property landscape or invade your crawl space.

Here are some tips to reduce ant activity in your home:

Fire ants can damage your home and destroy your yard as time goes by. With preventive measures and remedies, they can be controlled and eliminated.  However, when fire ants invade and multiply to big colonies, they can be challenging to manage with store bought products. They can split and multiply quickly despite using insect repellents to kill the fire ants’ queen.

Sign Up To Be One Of Our Scout’s News Ambassadors 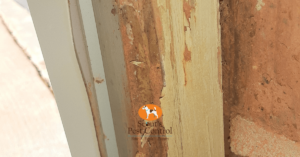 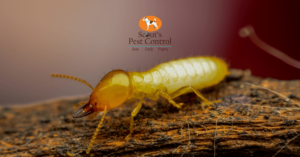 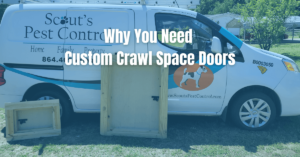 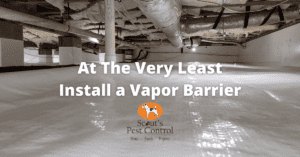 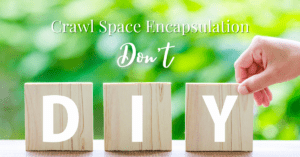